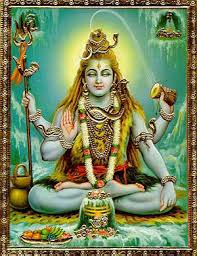 The ancestors of Cannabis originated in Asia, possibly in the Himalayan slopes kinder or north of the Altai Mountains. The exact origin, obscured by the great migrations of the Stone Age who crossed the continent, is not known.
It is not known when the Cannabis and humanity first met. Given the growth habit of the plant and the curiosity of mankind, such a meeting was inevitable. In the plant world, Cannabis is a colonizer. Set your new territory when running water or seed-eating animals carry their seeds to clear fertile land open to the sun. The fertile land, free of competing plants, is rare and short lived in nature, often commonly caused by disasters such as floods or landslides. The natural spread is slow and plants tend to grow in dense clusters to propagate seeds from its branches. the origin of the cultivation of hemp refers to China. The first remains of the fiber (datable to 4000 BC) have been found there, a millennium later in Turkestan (Afghanistan). A Chinese medical treatise, written in the first century, on materials that say go back to the legendary Shen Nung, written 30 centuries before, says that "taken in excess hemp does see monsters, but if used long can communicate with spirits and lighten the body. "Immemorial is also the hemp in India. The Atharva Veda considers that the plant broke out when they fell from the sky drops of ambrosia. The Brahmanical tradition believes that streamlines the mind, giving long life and enhanced sexual desires. Also the main branches of Buddhism held its virtues for meditation. In medical applications, the plant was part of treatments for ophthalmia, fever, insomnia, dry cough and dysentery.
Indian hemp (cannabis sativa variety)